Last weekend was quite busy. A wedding on Saturday then a newborn party on Sunday, both accompanied with many hours of travelling. On Friday I received a text from my husband asking me if I could make a large card for his friend who was getting married, maybe 8″ by 11″? I told him later that I would need a poster size paper to make that card.  Anyways, I ended up making a 5.5″ by 8.5″ card.

He likes to customize his card to be meaningful to the recipient. Here is a little conversation to give you an idea:

I had approximately an hour in my hands, so I went to work right away. Here is the end result:

Normally I go for white themed cards for weddings, but this time I decided to go with red and gold. After all, it was a South Asian wedding. Everything is gold embossed on the red panel. I used the Mehndi Medallion Mini Stamp set from Papertrey ink for the decoration. The large sentiment in the center is hand-drawn (I am thinking I should turn it into a stamp!..it took way too many steps to achieve the embossing). It says “alf Mabrook” in Arabic, meaning thousand Congrats. I wasn’t sure what Arabs use for wedding greeting cards…did a little Google search and this is the best I came up with.

Anyways, husband and friends all signed the card. Here is a group picture of them:

For Sunday’s card, I decided to use patterned paper and try the tag on a card style. It makes things simple and quick! 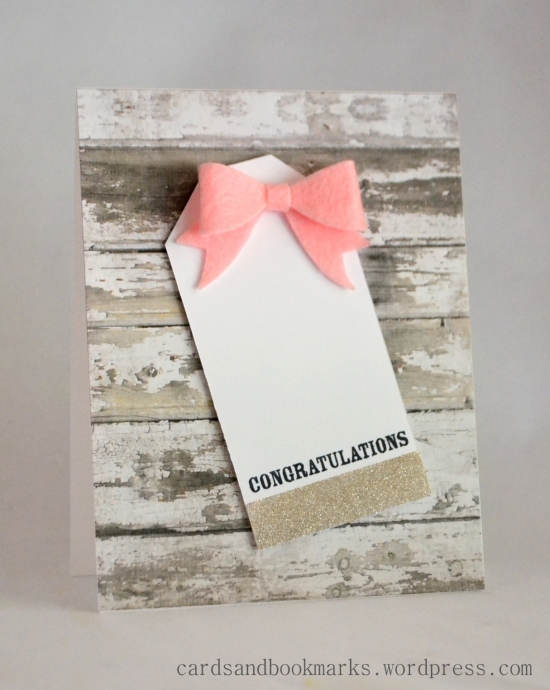 The strip of glitter at the bottom is double sided tape and Ritz Stardust Glitter, and the bow is made out of felt.

I usually don’t write about non-card related things here, but I felt a bit chatty today, and hence the long wordy post!

As usual thanks for stopping by, and for leaving your kind comments! 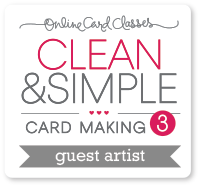